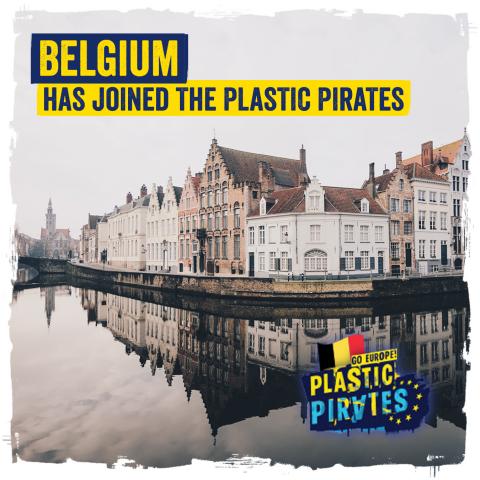 Starting next week, more than 500 pupils from 29 Flemish classes will join the European ‘Plastic Pirates’ research project. Led by the VLIZ and following a set of methodology, they will study the waste in Flemish rivers. In this way, the youngsters hope to map the plastic pollution of our waterways and together make a stand for cleaner European rivers.

The Plastic Pirates initiative started in Germany in 2016, and expanded – with success – to Portugal and Solvenia from 2020. In 2022, it will be the turn of eight additional countries, including Belgium (in addition to Austria, Bulgaria, Greece, Hungary, Italy, Lithuania and Spain). In these 11 countries, schools and youth associations will collect and examine waste in and along rivers in a similar way. Thus, in October-November 2022, accoriding to an established methodd, more than 500 young people will also take action in Flanders. No fewer than 29 classes from 17 schools, spread across the Flemish country and various river basins, enrolled to collect and document macro- and micro-waste along and in our waterways. The resulting data from each of the 11 countries will contribute to research on plastic and other waste in Europe.

Previous results of the Plastic Pirates survey in Germany show that riverbanks have an average of 0.5 pieces of litter per m². More than 50% of these are plastic (27%) and cigarette butts (24%), in addition to glass (21%), paper (12%), metal (8%) and others (8%). The 15,000 youngsters involved from 900 schools recorded no less than 15,566 pieces of waste and also found a lot of broken glass, sharp metal objects, chemicals and other potentially hazardous waste. Most of the waste (88%) was found to come from recreational co-users of the sampled watercourses.

The Flemish results of the sampling in October-November 2022 will be announced later this year. If requested, the press can attend the sampling by one or more classes.

VLIZ coordiantes PLASTIC PIRATES in Flanders. This European project staretd in Germany in 2016 and will be rolled out in 11 countries, including Belgium, this year.

The 17 participating schools (with indication of watercourse sampled)